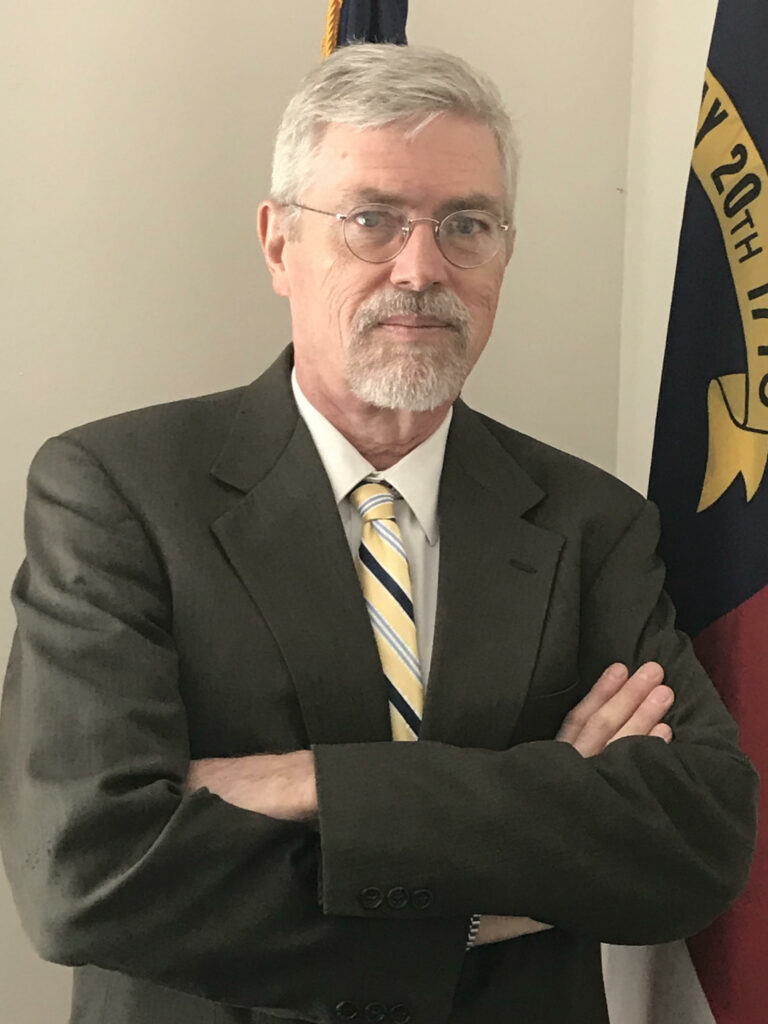 Brian Aus [J.D. UNC-Chapel Hill 1985; M.S.P.H. UNC-Chapel Hill 1979; B.A. 1977] is peer-rated as an AV-Preeminent Lawyer® ​by Martindale-Hubbell​.  Mr. Aus has practiced at all levels of Federal and state courts for over a quarter of a century.   He has served as an Arbitrator for the 14th Judicial District of North Carolina for more than 20 years.

He has served as a member of the Durham County North Carolina Area Mental Health Board, the Durham County Criminal Justice Partnership and the 14th Judicial District Bar Grievance Committee.  For more than 25 years, Mr. Aus has volunteered as an instructor for the Durham County Sheriff’s drug treatment program.